Several events of the National Film Board of Canada coincide with the 2022 Truth and Reconciliation Week across the country.

This yearNational Film Board of Canada emphasizes Week of Truth and Reconciliation offering numerous activities – interactive, online or face-to-face – designed to strengthen ties between Canadians and various indigenous peoples, their culture and history. From Toronto to Winnipeg to Vancouver, the NFB Education team will host these events. In addition, a free two-day public event will be held at Nathan Phillips Square in Toronto, presented by J’net Ayaikvayakshilt, Director of Indigenous Affairs and Community Engagement at the NFB. The public will also be able to see new or updated works by legendary Abenaki filmmaker Alanis Obomsawin and mestizo artist Tyler Hagan.

Truth and Reconciliation Week is a national program for all schools in Canada. This program provides educational activities for students in grade 1.D at 12e a year to educate them about the boarding school system, its impact on indigenous peoples, and how that legacy has shaped the country we live in today.

As we walk the path of reconciliation together, the 2022 theme “Let’s not forget the children” invites Canadians to learn the truth about their history by listening to the elders and custodians of First Nations, Métis and Inuit peoples and their communities. .

In addition to raising awareness and providing a voice to various Aboriginal communities across the country during Truth and Reconciliation Week, the NFB, through its writings, its educational programs and the films it offers free to the Canadian public at nfb.ca — creates year-round opportunities to recognize the invaluable contributions of indigenous peoples and reinforce the importance of such recognition.

NFB educational events dedicated to the Week of Truth and Reconciliation

Writing a letter of reconciliation

Now Online: An Updated Version of the Interactive Documentary Similcamine : at the crossroads 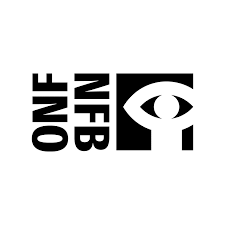 Watch out with the oil | LesAffaires.com

Homeschooling: Why Are We Creating Pointless Anxiousness in Our Kids?